A Voice from History: Gordon Brown

In memory of the political career of Gordon Brown, who has now left the Commons at the ripe old age of 64, here are some of my favourite quotes from the former prime minister: 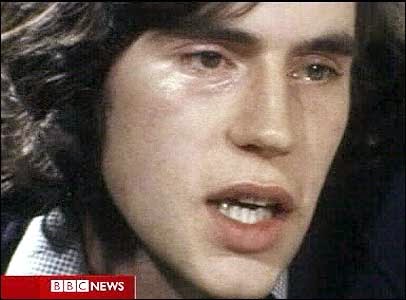 1) 'No chancellor until this one has come to the House and said that because he has money available to him, the rich will get the benefits and the poor will make the sacrifices.' (1988)

3) 'They [the Liberal Democrats] are not fit to make their presence felt in this House. They should go back to their constituencies and prepare to adapt to reality.' (1997)

4) 'I want this generation to be remembered as the first generation in history that truly made prosperity possible for the world and its people.' (2001)

5) 'Tony Blair is the best friend I have in politics. We have worked together for many, many years.' (2001)

7) 'I could never compare myself to Gandhi and all the other heroes of mine, but I do take inspiration from the way they dealt with the challenges they found.' (2007)

9) 'When things go well, people call me Gordon. When they're bad, they call me Mr Brown. At the moment they are calling me Gordon.' (2008)

And now some words about Brown by his friends and admirers:

4) 'I'm convinced Gordon Brown bores 99 per cent of any audience. I once interviewed him for thirty-eight minutes and he gave the same answer to every question. And he doesn't care that everyone finds him so boring.' - John Humphreys (2000)

5) 'The sooner he becomes prime minister the better. In the last couple of years, Tony Blair has been a disaster.' - Denis Healey (2005)

6) 'He is somebody I'm liking very much and I think he will certainly do more and more good things if he has a chance.' - Angelina Jolie (2006)

9) 'He is like some sherry-crazed old dowager who has lost the family silver at roulette, and who now decides to double-up by betting the house as well.' - Boris Johnson (2008) 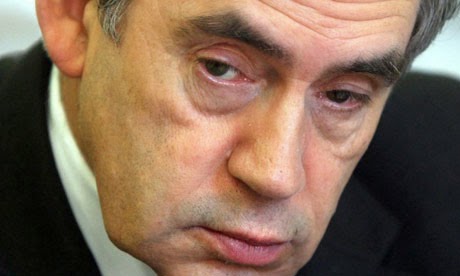