One of Caroline Flint's earliest appearances in the national press came in a piece by Peter Tory of the Daily Express. Writing about the 1990 Labour Party conference, he cited her as an example of there being 'so little wit in today's politics'.

Twenty-five years on, she is now a candidate for the deputy leadership of the party, but in all that time there has been little to dispel that initial impression.

Born in 1961, Caroline Flint studied American Literature and History at the University of East Anglia. While there, she later revealed, she smoked a cannabis joint, but, as the papers reported: 'she didn't like the taste and the fact that it was illegal acted "as a brake", she told journalists over drinks at the Home Office.' (This, it appears, is the one infallible sign of a politician of the future: they're the students who only tried cannabis once and found that it brought them no pleasure.)

Her early jobs included stints as head of the women's unit of the National Union of Students, as an equal opportunities officer with Lambeth council, and as a senior researcher for the GMB union, before being elected to Parliament to represent the ultra-safe Labour seat of Don Valley in 1997.

This was the era, of course, of 'Blair's Babes': the disparaging term used to refer to the 101 women who became Labour MPs in the landslide victory. Of the new members in this company, Flint was soon talked of as one of the future high-fliers, along with Yvette Cooper, Charlotte Atkins, Valerie Davey, Judy Mallaber and Candy Atherton.

Perhaps a clue to the conduct of her career could be found when she was asked, along with the other women MPs, to contribute some inspiring lines for a book that was to raise money for a breast cancer charity. Flint chose lyrics from the Bruce Springsteen song 'The Ghost of Tom Joad':


Wherever there's somebody fightin' for a place to stand
or decent job or helpin' hand,
wherever somebody's strugglin' to be free,
look in their eyes Mom, you'll see me.

(One of her current rivals for the deputy leadership, Angela Eagle, incidentally, went with a Barbara Castle quote: 'In politics, guts is everything.')

Or perhaps a clue could be found in the photo-shoot she did for Elle magazine, declaring that it was 'time to get some glamour into politics'.

Inside Parliament she became known for her almost obsequious loyalty to the leadership. The ghost of Tom Joad might not have been impressed, for example, to see her dutifully lined up to support the cuts in benefits to single parents in December 1997, the first great controversy of Tony Blair's government. She was, wrote Nick Cohen, 'a thoroughly New Labour MP', while Simon Hoggart thought she was 'the most egregiously greasy Labour backbencher'.

By the end of 1998 she was to be heard proudly proclaiming: 'Of course New Labour's radical. Tony Blair is the first Labour prime minister to declare war!'

Re-elected in 2001, she remained loyal, while also displaying the most progressive of attitudes, coming together with David Miliband, Jim Murphy and other Labour MPs to form a group campaigning for Britain to adopt the euro.

In 2003 she did finally vote against Tony Blair's expressed wishes, but it was only on the subject of fox-hunting. She was one of more than three hundred Labour MPs who voted for a complete ban on the sport, and since seven members of the cabinet were in that number, it was perhaps not as great a risk as it might have been.

Promoted into government, she was the home office minister responsible for drugs policy when cannabis was downgraded from class B to class C in 2004, and steered through Parliament the Drugs Bill that made magic mushrooms illegal. Both those were controversial moves, though controversial in different quarters.

Primarily associated with the Blairite camp in the petty wars of New Labour, she was nonetheless promoted by Gordon Brown when he became prime minister.

As housing minister in 2008, she attracted enormous criticism with a suggestion that unemployed people should have to sign 'commitment contracts', whereby they promised to seek work before they could become social housing tenants. 'The link between social housing and worklessness is stark,' she said, and she was prepared to break it.

Her proposals were promptly attacked by charities such as Crisis, the National Housing Association and Shelter. 'The government wants to return Britain's unemployed to the workhouse by throwing them onto the streets,' commented the chief executive of the latter, perhaps a little histrionically, while Labour MP Austin Mitchell remarked: 'She must have flipped.' In fact, everyone attacked the plans, said the Morning Star, 'even the Tory Party, whose housing spokesman Grant Shapps showed a better understanding of councils' legal obligations to the homeless than Flint did.'

Clearly disturbed by the hostile response, Gordon Brown refused to come out in public to support the idea. His spokesperson said only that the prime minister thought 'in principle it's a good idea to be debated'.

The incident didn't impede her career, however, and her enthusiasm for the European Union saw her promoted to minister for Europe in October 2008. She was not quite in the cabinet, yet somehow not quite outside it either, since she was allowed to attend some meetings.

Hew new role came at a time when the whispering campaign against Brown was growing in volume, and Flint - as a Blairite - was assumed to be part of the conspiracy to force him out of office. The crunch moment came in June 2009 when James Purnell became the third cabinet minister in a week to resign, following Hazel Blears and Jacqui Smith. His resignation statement said in public what everyone already knew: that the party stood no chance of being re-elected while Brown remained leader.

(This, it will be remembered, was the occasion when David Miliband was expected to lead a coup, but proved not to have the bottle for the job.)

Flint responded immediately to Purnell's resignation, issuing an unequivocal statement to say that she would not be following her colleague's lead. 'I am very proud to be a member of Gordon Brown's government,' she insisted.

This display of loyalty came as a surprise to some, including perhaps to her. For within twenty-four hours, she had handed in her own resignation letter to Brown, denouncing his 'two-tier government', and adding: 'several of the women attending cabinet - myself included - have been treated by you as little more than female window dressing. I am not willing to attend cabinet in a peripheral capacity any longer.'

That phrase - 'female window dressing' - became her best known utterance, though another line was perhaps more accurate: 'I am a natural party loyalist.'

In 2010 there was some half-hearted speculation in the press that she might herself run for the leadership, but she chose not to do so. Instead she followed her Blairite instincts and voted for David Miliband. Even so, she was given a senior job in Ed Miliband's shadow cabinet. 'Ed,' she declared, 'will have my full backing.' 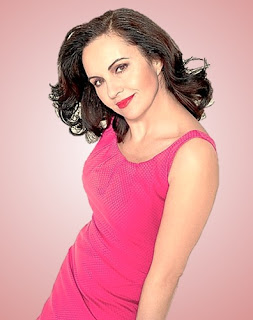 This is the second in a series of posts in which - unless I fall by the wayside - I shall be looking at each of the candidates in the current Labour Party elections for leader and deputy leader, with portraits drawn entirely from their media coverage.
Posted by Alwyn W Turner at 9:12 am