When, in 2014, the Labour Party changed its rules to allow registered supporters, Andrew Rawnsley reported in The Observer: 'Mr Miliband has an ambition to get the number up to 100,000.' The idea of allowing people a vote in future leadership elections was to involve more people in the party, Rawnsley added:


What Mr Miliband is essentially proposing is what Americans call a "closed primary". You can't just walk in off the street to take part. You have to show some level of commitment to Labour. But you don't have to be a full-blown member to have a vote.

The proposal was passed by Labour's National Executive Committee in February last year by a vote of 28 votes to two. The dissenters were Dennis Skinner and Christine Shawcroft, probably the two most left-wing members of the NEC. Ed Miliband professed himself delighted with the result:


These changes will help bridge the gap between Westminster and the rest of Britain. They are about opening up the Labour Party so that more people from every walk of life can have more say on the issues which matter to them most.

At one point, in October, it seemed as though the price for being a registered supporter might be as high as £10, but that came in for a lot of criticism. Tessa Jowell - not then declared as a London mayoral candidate, but with that contest clearly in mind - said: '£10 sounds very high. In my view the charge should be set at the lowest level possible consistent with the proper administering of the primary.' So it came down to £3. And there it still is.

Which is why I signed up to it. I think a £10 charge would have deterred me, but I always liked the idea of primaries (of voting in anything, really) and I thought that seemed a reasonable level.

I also thought that I'm maybe sort of among the kind of people that they might want to participate: someone who's voted Labour in the past, but not consistently, i.e. a floating voter who could be won over, and therefore someone whose opinion on the leadership might be worth taking into consideration. And being a single, childless man with a natural inclination towards sloth, I thought I might offer a different perspective to all those hard-working families so beloved of politicians.

Evidently I was wrong, since I've been rejected. (No word yet, incidentally, on the return of my three quid.) Somewhere there is someone in the Holborn & St Pancras Labour Party who has checked up on me, taken against me, and put my name on a blacklist, so that as soon as I tried to cast a vote, I received a rejection email.

This doesn't leave me feeling bitter, in the way that some longstanding members and activists clearly - and justifiably - feel when they've been excluded. But it does tend to reinforce the impression that it's all a bit risible (hence the cheap sarcasm yesterday). And it does irritate me enough that I don't particularly wish the party well; surely it's a normal human reaction to respond, 'Well, if that's how you feel about it...'

Mostly, though, it leaves me genuinely baffled. If the 'opening up' of Labour doesn't include me, who does it include? Perhaps I misunderstood from the outset, and the intention was to attract solid Labour voters who'd never joined the party. In which case, Miliband was even more useless than I thought: they're not the ones you need to win over.

But maybe in writing that last sentence, I've answered my own question. I have been writing on this blog for several years that Miliband was useless and would never win a general election. I've also been very critical of Labour's policy and direction. That doesn't mean I don't support the 'aims and values' of the party - which is all I signed up to - but maybe they're feeling a bit sensitive right now.

I do like the bit in the rejection email that says I can appeal but only if I apply 'to join Labour as a full member'. Which obviously costs a lot more money. You'd have to be very cynical, however, to conclude that this was all a fund-raising exercise. I'm not sure the party's capable of thinking that far ahead. 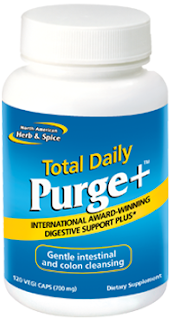