A tale of some minor parties

A week or so back, I predicted that one consequence of the election would be the resignations of Nigel Farage and Nick Clegg as the leaders of, respectively, Ukip and the Liberal Democrats. I also predicted that Natalie Bennett would not resign as leader of the Green Party of England and Wales.

These things having now come to pass, it's time to evaluate them.

Starting with the last first, Bennett should have the decency to go immediately. She has proved herself to be completely useless as a leader. The Greens had a dreadful election, and much of the blame for that rests with her.

The party achieved less than 4 per cent of the vote. Under most sensible forms of proportional representation, the bar for securing seats is set at 5 per cent. Frankly they're fortunate that first-past-the-post came to their rescue and gave them an MP.

Yet the opportunity was unquestionably there for the Greens: lots of airtime and visibility, a weak Labour leadership, a widespread dissatisfaction with mainstream politics. A breakthrough of sorts was possible. Obviously not in terms of winning large numbers of seats, but even without representation, a minor party can still have an influence, can help to shape the political agenda.

You only need look to Ukip. At a time when they had no MPs at all, they were still capable of scaring the British prime minister into promising a referendum when he didn't want one, and panicking the Labour Party into saying they'd 'get tough' on immigration, when we knew they wouldn't. 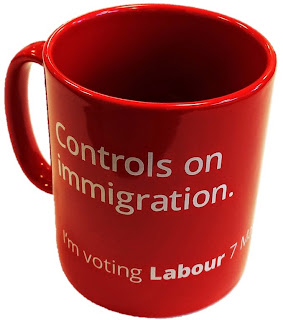 So what did Bennett do? She joined in the chorus of 'the Tories are mean and nasty'. Well, if you believed that, then you should have done the sensible thing and voted for a party capable of removing the Conservatives from office. Which is, indeed, what the vast majority of those opposed to the Tories actually did.

At a constituency level, things may have been different, but on the national stage Bennett offered nothing at all that was distinctive. One brief mention in a leaders' debate of climate change and vanishing species, and that was it. At a time when fracking offers a perfect way of linking the local with the global, there was only silence.

It is, of course, more difficult to get attention for environmental issues at a time of economic hardship, but this is far from a new problem. I wrote about it in Crisis? What Crisis?, my book on the 1970s. There's been plenty of time to work out a strategy for such a situation.

The Greens are one of the few parties who actually have a USP. Yet they didn't exploit it. Instead there was a manifesto and a platform full of policies on an absurd range of issues that were entirely irrelevant, including the stupidity over copyright, to which I drew attention a while back. (And which subsequently annoyed the hell out of a lot of creative people who were sympathetic to the party.)

Why? Where's the benefit in burying your brand? Why allow your core message to be lost amidst a welter of questions about a tax policy you will never have a chance to implement?

One other point, which most people are (quite rightly) too polite and decent to say out loud: the voice was wrong. The British public didn't warm to being waffled at in an Australian accent. Obviously it shouldn't matter, but it does.

In short, Bennett should go.

So too should Farage. He's left open the possibility of coming back from his holidays and standing again for the Ukip leadership, but he should resist the temptation. The party is better off without him now.

He has been an extraordinary figure who has over-achieved on a spectacular scale. In many ways, he was the story of the Coalition years, conducting a brilliant guerrilla campaign against Westminster. (Do I need to point out that I'm talking about technique not policies? I do hope not.) I went to one of his EU debates with Nick Clegg and he was a superb performer - committed Europhiles were coming out of the hall saying how good he was.

But he still has to go.

When Ukip won the elections for the European Parliament a year ago, I wrote that they'd reached their high-water mark. If they were ever to go any further, I suggested, they needed to thank Farage for all his work and ask him to step down. He'd taken them as far as he possibly could. My comparison was with Ian Holloway, a colourful, charming and competent manager who got Blackpool Football Club to the Premier League, but couldn't keep them there.

My argument was that if Ukip wanted to secure - let alone go beyond - the 4.4 million votes they achieved last year, they had to make serious inroads into Labour heartlands, and Farage was probably not the man for that. He did pretty well this week, but the party fell to 3.9 million votes on a far higher turnout. It could have been better if he'd gone last year. Now it's probably too late, and decline is (I think) inevitable.

Ukip are, as normal with third parties, an odd coalition of the disgruntled and the idealistic from all points of the political compass.

There are two broad bases of support: the Eurosceptic deserters from the Conservative Party and the disillusioned white working-class who feel abandoned by Labour. These are represented by Douglas Carswell and Paul Nuttall respectively, and I assume that they will be the two candidates in a leadership election. I also assume that Carswell will win, to the detriment of the party's electoral interests.

The alternative is Suzanne Evans, currently the acting leader, who would be their best choice of all. And since I think that, I don't expect her to get the job on a permanent basis.

Their moment has passed, but they leave behind an example of how to make a difference. Why is there no Left party that can do this?

And so, finally, to Nick Clegg.

What can one say? Well, firstly, that he made exactly the right decision in 2010. The Lib Dems, and before them the Liberals, had always banged on about coalition government being a good thing. They were offered it, and they accepted. To do otherwise would have been foolish.

Some people complained that Clegg would have sold his own mother to get power, but that judgement seemed a little harsh. After all, he did join the Lib Dems, which isn't traditionally the way to achieve high office. Given the state of modern politics, he could have fitted perfectly comfortably into the modern Conservative or Labour Parties, but he chose the road less travelled.

As the junior partner in the Coalition, the Lib Dems proved surprisingly effective at government. They got through key policies like the pupil premium and raising the threshold for income tax; even the tuition fees increase - damaging though it was - had a logic, if they'd only had the sense to call it a time-limited graduate tax.

Most of their members and (probably) their supporters would have preferred a coalition with Labour, but that wasn't available in 2010. In the circumstances, I thought they played a difficult hand rather well and could justifiably be proud of their record.

But over recent months, and particularly during the campaign itself, they decided to distance themselves from their Coalition partners and, in so doing, they thoroughly ruined the good story they had to tell.

The final straw came when Danny Alexander decided to reveal the contents of private government papers in an attack on the Tories. The effect was to make the party look incompetent and untrustworthy. Who would want to work with people who go telling tales out of school? The first rule of Coalition Club is you don't talk about what goes on behind the scenes at Coalition Club.

Before the election, it was widely assumed that Tim Farron would become the next leader. Now that looks like such a nailed-on certainty that the party's going to have to twist someone's arm to stand against him, so that it least has the formal structure of a contest. Norman Lamb, possibly; or that bloke up in Scotland, whose constituency is so remote that not even SNP canvassers could find it.

Farron is the obvious and correct choice. He's as close as they've got to an old-fashioned Liberal, and since the parliamentary party is down to the numbers last seen under Jeremy Thorpe, they might as well adopt an old-fashioned approach.

But it's an absurdly uphill struggle now. The thing is this: if the Lib Dems didn't exist, who would bother to invent them?
Posted by Alwyn W Turner at 1:00 am