Now that's what I call a Labour leadership election

Final nominations are due in tomorrow for candidates wishing to stand for the Labour leadership. Which inevitably brings comparison with the best slate of candidates who ever stood for the job, back in 1976 when Harold Wilson unexpectedly resigned as prime minister. The following is an extract from my book Crisis? What Crisis?...


The three principal candidates of the right in the election were Roy Jenkins, Denis Healey and Anthony Crosland, who had respectively voted for, voted against and abstained in the crucial 1971 Commons debate on entry into Europe. The rivalry between them ensured that there was no single figure around whom the right could comfortably coalesce, though the election did go some way towards resolving the issue for the future.

In the first ballot Crosland was decisively beaten into last place with barely 5 per cent of the 314 votes cast by Labour MPs (who then made up the entire constituency), and was therefore automatically knocked out.

Jenkins came third in a field of six but, distraught at having got only fifty-six votes, withdrew from the race, to the undisguised glee of his arch-enemy: ‘When I think of the fantastic press that man has had, year in year out, and all the banging I’ve had, it is gratifying that he should have only got eighteen votes more than me,’ exulted Tony Benn, who had already announced his own withdrawal.

It was indeed a disastrous performance by Jenkins; ninety Labour MPs were considered at the time to be strongly pro-European and yet the man who had risked his career by defying the party whip on the issue, and should therefore by rights have been the leader of that group, attracted little more than half of them. 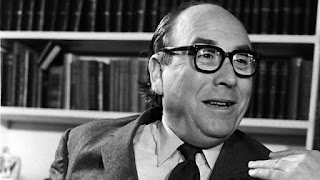 Healey, however, coming second to last, with a paltry thirty votes to his name, refused even to consider withdrawing, and thereby enhanced his position for the future. Where Jenkins looked like a beaten man, Healey was revealed as a born fighter, determined to stay in the ring until forcibly ejected from it – next time round, it was clear, he would be the champion of the right and would probably be the favourite to win.

Crosland’s analysis of the contest summed up the shifting fortunes of the also-rans: it was, he said, ‘A year too soon for Denis. Four years too late for . Five years too soon for Tony. Two years and one job too soon for me.’

The left was also split, despite the performance of Michael Foot. He came top in the first ballot, getting three times as many votes as Benn, but Benn was able to take comfort from a Sunday Times poll that showed him as the second-placed candidate among Labour voters, clearly ahead of Foot. Amongst Labour activists it is to be assumed that his support was stronger still, such was the growing gap between the old left in Parliament and the younger, more radical factions in the party outside, who looked to Benn as their tribune.

Foot had only joined the front bench in 1974, after many years on the backbenches, and though he brought with him a history as the conscience of the left and as the passionate defender of the memory of the sainted Nye Bevan, whose constituency he had inherited, he was starting to seem like something of a relic, a platform orator in a world shaped by the mass media. Moreover he was a man whose fierce loyalty to the party ensured that he would always side with the leadership in moments of crisis, a fact that was anathema to the idealist Jerusalem-builders two generations below him. 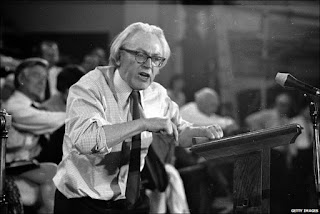 For it wasn’t just the attitudes that were looking elderly; now approaching his sixty-third birthday, Foot was older than Wilson himself. Even so, he was still younger than the man who beat him in the third and final ballot. (Healey had been knocked out in the interim round, gaining just one vote more than Benn had on the first ballot, which again gave the latter ‘great pleasure’.)

James Callaghan, the ultimate victor in the contest, was in many ways an outsider in the race, overcoming the handicaps of birth and circumstance. ‘Prime minister, and I never even went to university,’ he marvelled in his moment of triumph, revelling in his defeat of five graduates.

He had succeeded largely by remaining outside the fray; aligned with the factions of neither left nor right, but instead establishing himself as the master of the party machine, he carried no ideological baggage, just a reputation as a safe, if unadventurous, pair of hands. By these means he had already occupied the other three great offices of state – chancellor, home secretary and foreign secretary – before ascending to the highest position of all.

As Claudius put it in the recently screened BBC adaptation of Robert Graves’s I, Claudius, when he finally became emperor and was accused of being half-witted: ‘I have survived to middle age with half my wits, while thousands have died with all theirs intact. Evidently quality of wits is more important than quantity.’ 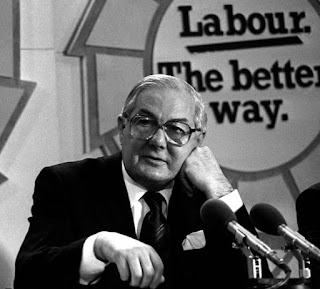