Some of my favourite quotes from the late Charles Kennedy:

On aggression: 'The Liberal Democrats are nobody's poodles. But we are not Rottweilers either.' (1999)

On Tony Blair's government: 'An illiberal home secretary, an unethical foreign secretary, a conservative chancellor and a chameleon prime minister.' (2000)

On leadership: 'You never quite know what's going to happen next, but you try to give the impression that you do.' (2000)

On smoking: 'After prime minister's questions, one of my first thoughts is that it would be nice to have a puff.' (2002)

On changing policies: 'What we go into the next general election with may not obviously make sense in terms of what we were saying at a previous general election.' (2002)

On lifelong heroes: 'There are some perks of this job - getting to meet David Bowie was one of them, I can tell you.' (2003) 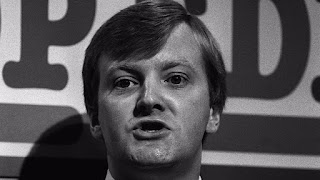