Leader of the gang

There's been a lot of very excited comment in the last day or so about how Jeremy Corbyn is on course to win in the Labour Party's leadership election. Round these parts, however, we try not to get over-excited. As The Hitchhiker's Guide to the Galaxy used to advise: Don't panic. Corbyn will not be the next leader. So who will?

Back in early April, I predicted that - following its inevitable defeat in the coming election - the party would opt for a female leader and choose either Yvette Cooper or Rachel Reeves. Since Reeves isn't standing, I'm going to have to stick with my other suggestion and predict a Cooper victory in September. She won't lead on first-preference votes, but I expect her to come through the middle and win in the third round.

She is not, in my opinion, the best choice that the Labour Party could make. But none of the three outsiders I nominated - Gloria de Piero, John Mann, Ben Bradshaw - took up the challenge, and we have instead the current dull slate of candidates. Of whom Cooper is probably the least poor.

Andy Burnham is the boring and unexceptional option, Jeremy Corbyn is the fascinating and catastrophic choice, and Liz Kendall - well, I don't know. I just don't get Kendall. In print, her arguments have some validity, but her delivery is as about as convincing as a student teacher. I simply can't picture her as a party leader, let alone prime minister. And I can at least see Cooper as a leader. 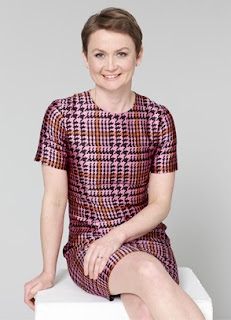 But Labour should have learnt at least one lesson from the last five miserable years. When the electorate tell you that your leader has a problem with credibility and image, then you should listen to them. Every single poll showed that Ed Miliband's popularity trailed that of his party. And Labour's response was to give us more Miliband, as though it were our fault: we simply hadn't understood how wonderful he was.

He wasn't. He was dreadful. And since his colleagues couldn't summon up the courage to remove him, they should have insisted on the next best strategy: don't focus exclusively on the leader.

The party would be wise to do so this time. Cooper is not a great candidate, by any means (though she's a huge improvement on Miliband), and she's not surrounded by the best generation of politicians in Labour's history. But then, the government - with a couple of exceptions - ain't much cop either. Collectively, Labour don't look any more incompetent than the Tories.

Here's a potential shadow cabinet line-up, with their counterparts in the real cabinet shown in brackets:
Well, you can juggle them around a bit - even choose a different leader - but, member for member, I think Labour's line-up is probably stronger than that of the government. So the party should play to its strengths and emphasise the whole team. Don't just put the spotlight on the leader.

A couple of other things left over from Ed Miliband's doomed leadership.

The change in the rules for the election of the leader was a mistake. The idea of one-member one-vote was fine, but there should be some way of whittling down the cast-list before it goes to the vote. Much the same as the Tories do, where the MPs choose two candidates who are then put to the party membership. The point is that a leader spends most of their time working with parliamentary colleagues; if they can't command support there, then they stand no chance, regardless of what the party in the country thinks.

I know this doesn't always work smoothly in the Conservative Party. There have been two leadership elections since William Hague introduced the system, and one of them resulted in the absurd elevation of Iain Duncan Smith. I also know that Labour has a rule that a candidate needs the nominations of 20 per cent of MPs - but in the cases of Diane Abbott and Jeremy Corbyn, we have seen how flawed this would-be filtering mechanism is.

And finally, the one thing that Miliband did get right was his promotion of new talent. In 2011 I noted the appearance on consecutive days on Question Time and Any Questions of Gloria de Piero and Rachel Reeves, both of whom had only been elected the previous year and both of whom were already in the shadow cabinet.

'These are the potential stars of the next parliament being given a chance to get a bit of exposure and experience,' I wrote. I added: 'The unmistakable impression, however, is that Labour's given up on the idea of opposition for the immediate future and is building for the world after the next election.'

That world's now arrived, and Miliband's investment in apprentice politicians may now pay off. 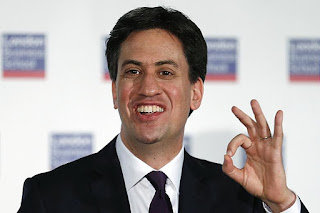