And the winner is...

I'm more than two months late, I know, but I think I should put on record the results of the Holborn and St Pancras constituency in the general election. This is where I live and I wrote about the candidates in several blog posts (links to the various entries are here).

And the results are (with number of votes and percentage change, where applicable):


So no great surprises there, then. Except that I really expected Jill Fraser, who I still maintain was a very good candidate, to do a whole lot better. But she was crushed in the anti-Lib Dem landslide and - this being Camden - her votes were split mainly between Natalie Bennett and Sir Keir Starmer. This offset any loss that Sir Keir may have suffered as a result of being a new candidate; presumably our departing MP, Frank Dobson, had built a personal following over the years. 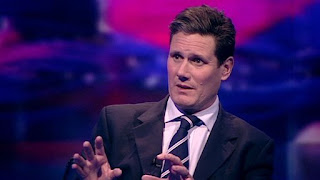 Whether Sir Keir will be a good constituency MP we shall see. I wrote to him ten days ago, asking for his help, and I haven't heard back from him. But maybe he's busy abstaining at the moment. I certainly expect him to be a prominent member of the new Labour front-bench once the leadership question has been sorted out.

Of the others, I'd hope that Jill Fraser will get back onto Camden Council in due course, because she ought to be there, and I hope that Natalie Bennett eventually does the decent thing and resigns as leader of the Green Party of England and Wales.

And I wish Will Blair well. I suggested before the election that this was just a trial run for him and that he'd end up with another constituency, one where he might stand a chance of winning. I hope he does, if only because I was told yesterday that he was given a copy of my book Rejoice! Rejoice! for Christmas, so he's clearly a man who's blessed with fine family and friends.
Posted by Alwyn W Turner at 7:13 am