Green Party? No thanks

Further to my consideration of whether to vote for the Green Party of England and Wales, I've been reading a report of a hustings 'for the writing community' organised by the ALCS and the Society of Authors.

During the course of this meeting, Hugh Small, spokesperson for the Green Party, 'argued that e-books were less environmentally harmful than print ones, and would therefore be subject to lower VAT under a Green Party administration'.

This was apparently intended as a serious comment. He genuinely believes that manufacturing a Kindle with a life-span of no more than a handful of years, and then running it on electricity before disposing of the non-biodegradable object, is more harmful than making a book. Despite the fact that I have books dating back to the seventeenth century that still seem to work fine.

He went on to say 'that the Green Party would look to reduce the term of copyright to fourteen years'. So rather than earning money from my work for the rest of my life, and then bequeathing it for a further seventy years to someone else, I'd get just fourteen years. Anything written last century would already be out of copyright.

Who is this idiot? And why does he want to assault what little income authors manage to squeeze out of publishers and booksellers (who make a far better living than mere writers)?

I don't know the answer to that second question, But Small himself is the Greens' parliamentary candidate for the Cities of London and Westminster. He has a website and he looks like this: 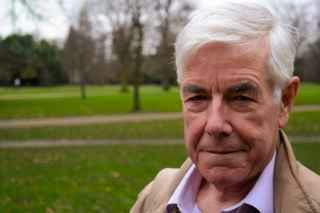 He's made my mind up for me. The Green Party really, really can't count on my vote.
Posted by Alwyn W Turner at 9:26 am