Houses of the Holy

The Conservative Party is attempting (yet again) to revive the concept of a property-owning democracy, as they launch their manifesto today. And there are already voices on the Left denouncing their proposals. So here are some figures taken from the Office for National Statistics showing the UK housing stock by tenure in the period 1980-2012: 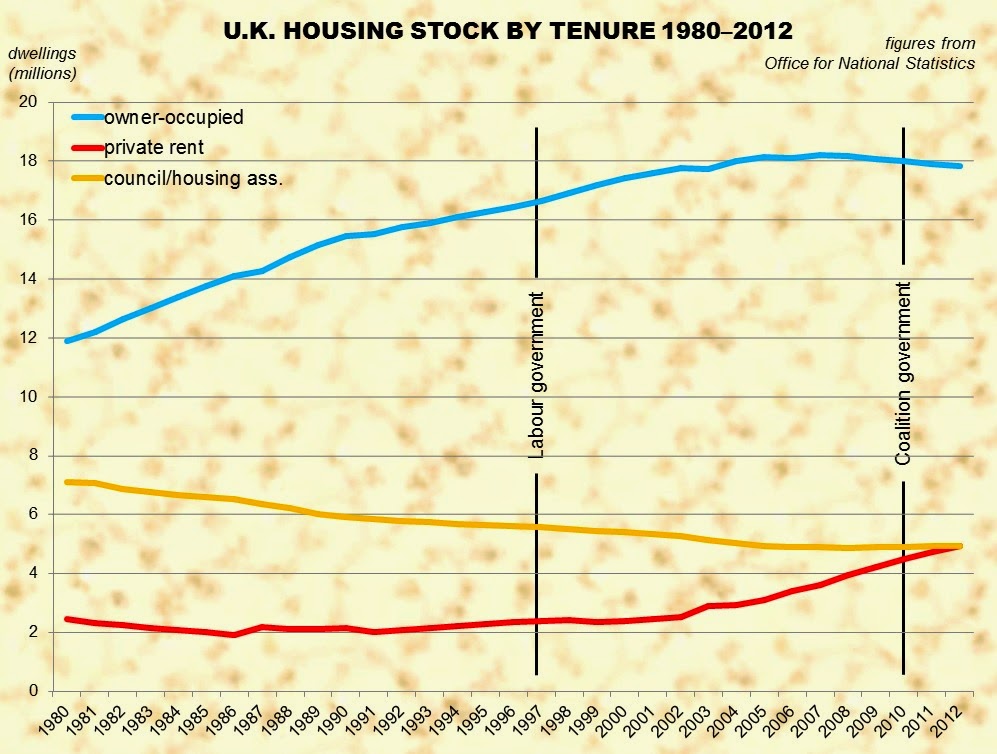 It's hard to see any real changes as a result of changing government. The rise in owner-occupied housing (the blue line) continued steadily, right up to the credit crunch in 2008, while the quantity of social housing (yellow) continued to decline. The only new development in this period is the rise of privately rented accommodation (red): in 2001 the number of private rents was pretty much the same as it had been in 1980 - over the following decade that number doubled.

Just for completion, this is a breakdown of those social housing figures into the two component elements of housing association (green) and council housing (purple): 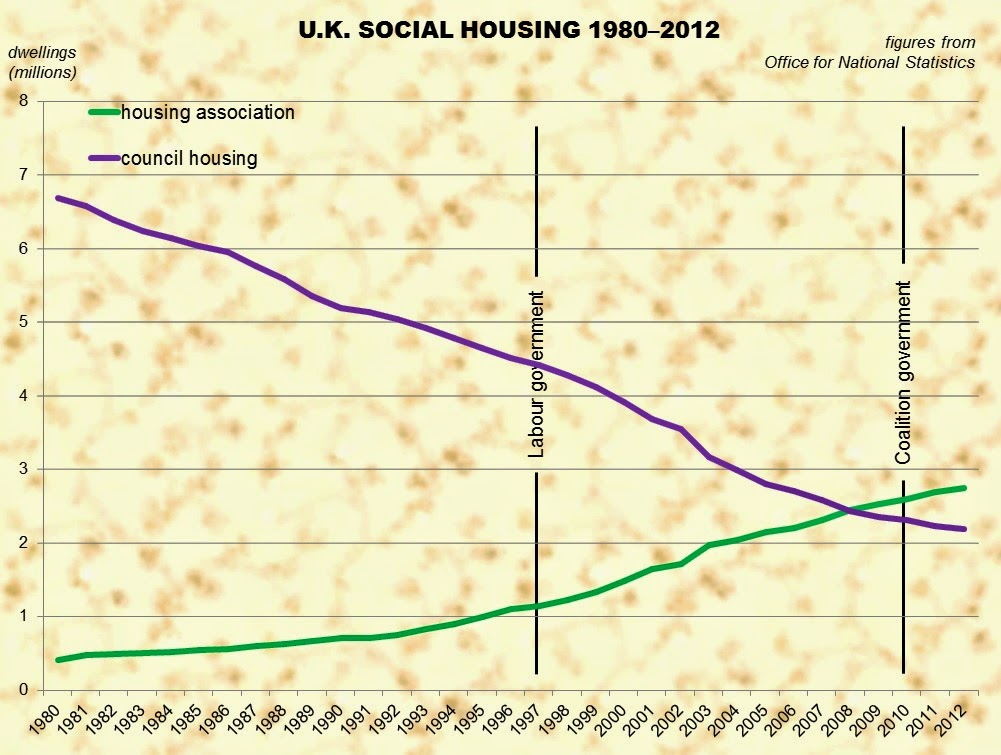