In an earlier blog post, I showed a graph that, amongst other things, illustrated the decline in turnout in elections since the heady days of, er, 1832. Consistently low turnout is primarily a problem of the last two decades (ever since Tony Blair became leader of the Labour Party, coincidentally), and is particularly associated with the young.

So the chart below shows the general elections since 1970, the first one for which the voting age was lowered from twenty-one to eighteen, with figures for turnout amongst the young (in orange) and the old (in green): 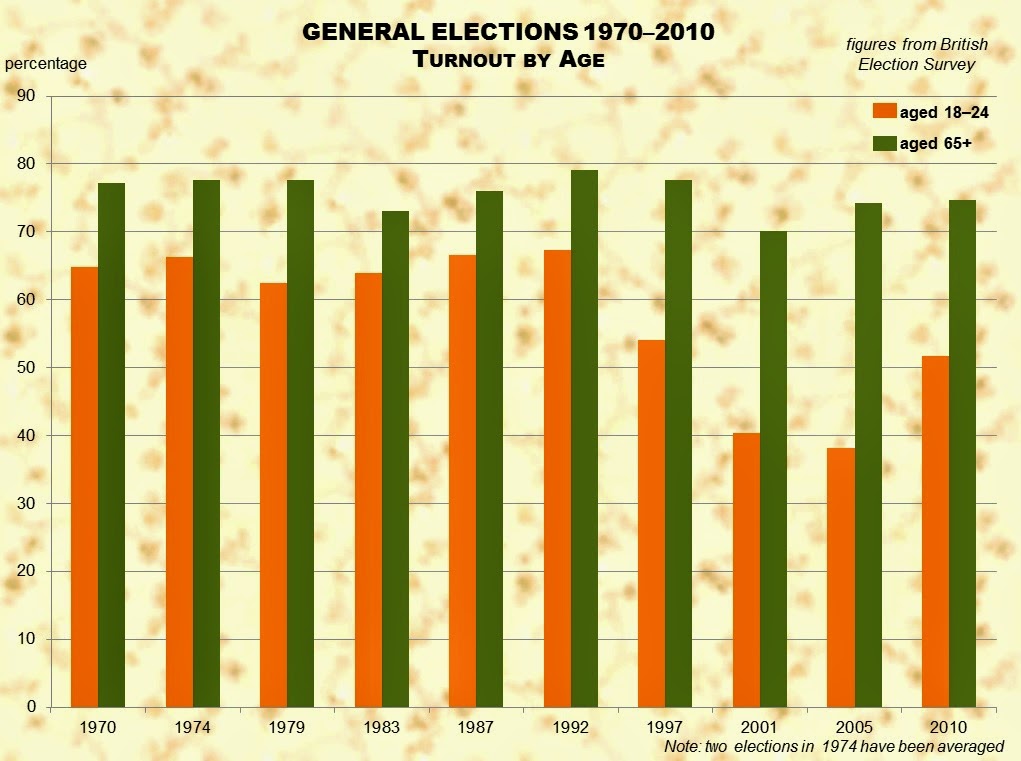 The message is clear. Turnout in the over-65 age group has remained almost unchanged for forty years. Even in 2001, in an election whose result had been blindingly obvious for four years, 70 per cent of pensioners cast their votes. What's changed is the level of voting in the 18-24 age group. There was always a differential, but starting in 1997, this grew alarmingly. According to these estimates, 74 per cent of old voters turned out in 2005, and barely half that - just 38 per cent - of the young.

And, of course, during this period the number of old people has increased, while the young are less likely to be registered in the first place.

Maybe this is changing again. In 2010 over half of young people registered to vote did go to the polling booths, and perhaps the gap will narrow again this time. But it does feel to me like there's a longer term issue here. And it's one that plays into that decline of representative democracy I mentioned previously: the system is failing.