A fine day for haymaking

Today is the sixtieth anniversary of the hanging of Ruth Ellis, the last woman to be executed by the state in Britain. This is an extract from one of the best pieces of journalism I know, written by William Connor (better known as Cassandra) and published in the Daily Mirror on 13 July 1955:

IF YOU READ THIS BEFORE NINE O'CLOCK THIS MORNING, the last dreadful and obscene preparations for hanging Ruth Ellis will be moving up to their fierce and sickening climax. The public hangman and his assistant will have been slipped into the prison at about four o'clock yesterday afternoon.

There, from what is grotesquely called 'some vantage point' and unobserved by Ruth Ellis, they will have spied upon her when she was at exercise 'to form an impression of the physique of the prisoner'.

IF YOU READ THIS AT NINE O'CLOCK, then - short of a miracle - you and I and every man and woman in the land with head to think and heart to feel will, in full responsibility, blot this woman out.

The hands that place the white hood over her head will not be our hands. But the guilt - and guilt there is in all this abominable business - will belong to us as much as to the wretched executioner paid and trained to do the job in accordance with the savage public will.

IF YOU READ THIS AFTER NINE O'CLOCK, the murderess, Ruth Ellis, will have gone.

The one thing that brings stature and dignity to mankind and raises us above the beast of the field will have been denied to her - pity and the hope of ultimate redemption.

The medical officer will go to the pit under the trap door to see that life is extinct. Then in the barbarous wickedness of this ceremony, rejected by nearly all civilized peoples, the body will be left to hang for one hour.

IF YOU READ THESE WORDS OF MINE AT MIDDAY the grave will have been dug while there are no prisoners around and the Chaplain will have read the burial service after he and all of us have come so freshly from disobeying the Sixth Commandment which says 'Thou shalt not kill'.

The secrecy of it all shows that if compassion is not in us, then at least we still retain the dregs of shame. The medieval notice of execution will have been posted on the prison gates and the usual squalid handful of louts and rubbernecks who attend these legalized killings will have had their own private obscene delights. 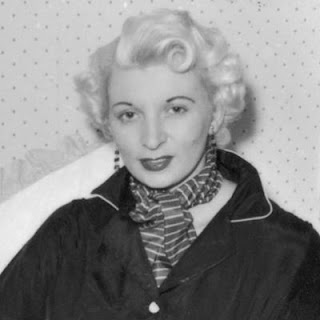