Entry requirements for the British Establishment

My friend John Flaxman recently found some old copies of The Twentieth Century, a long vanished monthly journal, which he passed on to me. This is an extract from an article by the great historian AJP Taylor, published in October 1957, in which he discusses what had recently become known as the Establishment (though he prefers to call it the Thing):

'In a truly democratic society the rulers would be chosen by lot for short stretches. Failing that we should at least postulate that every citizen have an equal chance of reaching the top if he wants to get there. This does not apply in any known community, not even in Switzerland, the country that comes nearest to democracy.

'Everywhere the potential ruler has to pass some test other than ambition and ability. It may be birth, money, class, colour, religion, even (as in old China) capacity to pass exams. But some test there will be. The minority that emerges will constitute the power elite from whom the actual rulers are chosen. What we call democracy is merely a system by which the members of this power elite receive an occasional popular endorsement.

'The requirements for entering the British power elite are fairly well known. You must be white in colour; male; wear collar and tie and a dark suit; and able to spend most of your life indoors sitting down. You must also be able to dictate reasonably grammatical English. Oratory - once highly regarded - is no longer required. Anyone capable of reading from typescript can go to the highest place. These are the bare essentials.

'The right parents are a considerable asset. It is still best to come from "the nobility and gentry", though it is probably a mistake to be the eldest son of a peer. Parents from the professional class are good, particularly if they pay surtax. Rich business men, oddly, are not at all good.

'If you are so foolish as to be born into the industrial working class, then you must get out of it by winning a scholarship to a grammar school or, failing this, by becoming either a trade union official or a WEA [Workers' Educational Association] tutor. If you are born of an agricultural labourer, you should give up at the start.

'The right education helps. It is of little moment what you learn, though Latin is still probably the most useful subject and any form of science a handicap. The important thing is where you learn. Eton remains by far the best bet; Winchester runs it close in the Labour Party. Otherwise prefer a first-rate grammar school to a minor public school; and run away to sea rather than go to a secondary modern.

'Oxford and Cambridge are so obvious a requirement as hardly to need mention. Any other university can be valued only for the instruction it provides.

'As to accomplishments, it is no longer necessary to ride a horse, shoot, fish or even play bridge. In fact, the less accomplished you are outside your work the better. And even at work it is wiser to seem devoted rather than clever. Otherwise you are in danger of becoming a "character", and that is hard to live down.

'The picture drawn here differs little from that of the power elite in Washington or Moscow. Religion, however, provides a distinguishing mark. I use the word to mean morality and rules of conduct, not acceptance or denial of any theological dogma. You may choose anything from Roman Catholicism in its English version to "humanism" - that is, unassertive atheism. But is must be broadly within the tradition of liberal Christianity. Fundamentalism, aggressive atheism and of course adherence to any non-Christian religion other than Judaism, exclude.

'In other words, the members of the British power elite observe the standards created by the nineteenth-century public schools.' 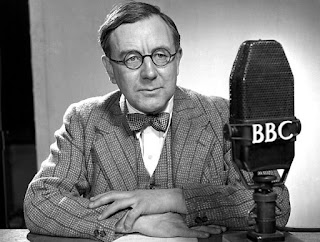