You don't give up: a portrait of Liz Kendall

When Liz Kendall was asked recently if she would step down from the Labour leadership election in an attempt to unify the anti-Jeremy Corbyn forces, she bristled at the very suggestion. 'You don't give up fighting for what you believe in,' she insisted. 'I love the party too much to see us lose again.' The echoes of Hugh Gaitskell's 'Fight, fight and fight again' were presumably not unconscious.

Born in 1971, Liz Kendall (not to be confused with the similarly named girlfriend of American serial killer Ted Bundy) studied history at Cambridge. She then followed the conventional path and - like David Miliband and James Purnell - went to work for the Institute for Public Policy Research, one of the many left-wing think tanks of the time that between them produced more ministers manqué than government initiatives.

While there, she co-wrote a 1994 pamphlet on the virtue of citizens' juries, a kind of state-approved focus group that would 'bring the voice and experience of ordinary citizens into the political process'. It was a neat idea for expanding democracy, borrowed from Germany, but of course it never materialised, and I can't find a reference to it in the last twenty years.

As soon as Labour was elected in 1997, she was recruited to become a special adviser (alongside John McTernan) to Harriet Harman at the department of social security, where she concentrated 'on women's issues especially lone mothers'. Unfortunately, it was a cut to single parent benefits, ordered by Downing Street, that precipitated the first great rebellion of the Tony Blair government, and cost Harman her job. Kendall left Whitehall at the same time and went back to the IPPR and to work in the charity sector.

She was put on the national list of candidates, but failed to secure the nomination to succeed Tony Benn in Chesterfield, where the Labour candidate was, said the Guardian, 'virtually guaranteed a seat in Parliament' in the 2001 election. (Actually it fell to the Liberal Democrats.)

She moved on to the charity Maternity Alliance and became in due course a special adviser to the health secretary, Patricia Hewitt, perhaps the only politician to be name-checked in a David Bowie song (in 'The Gospel According to Tony Day', the 1967 B-side to 'The Laughing Gnome').

In 2010 she was finally elected to the House of Commons, taking over Hewitt's old seat in Leicester West. She was thirty-eight, which by New Labour standards was getting on a bit, but she was singled out by John Curtice in the Sunday Telegraph as one of the party's rising stars of the new Parliament, along with Tristram Hunt, Rachel Reeves, Chuka Umuna and Gloria De Piero.

She did have a position under Ed Miliband, as shadow spokesperson for care and older people, but you'd be hard pushed to notice her make any public impact. Nonetheless, when Miliband resigned following his election disaster in May, she was the first to declare her candidacy, the speed of her decision seeming to wrongfoot others who might be considered to be on the Blairite wing of the party.

She herself, for obvious reasons, tends to disown the Blairite tag, but there is something in it. As Blair himself admitted, he never came close to completing his public sector reforms, to achieving a reorientation towards users; Kendall talks a strong case on the subject. She's also spoken of the need to meet the Nato target of 2 per cent of GDP to be allocated to defence. And she's almost as harsh on Jeremy Corbyn as Blair himself, suggesting that, even if he were to win the leadership, she wouldn't want to see him as prime minister.

The implication of that, of course, is that she would rather see a Conservative government than a Corbynite Labour one. And that has attracted a great deal of abuse from the left. It is, though, a legitimate argument for any but the most tribal. If you believe that it is essential to have a strong economy in order to provide public services, and if you believe that Corbyn would severely damage the nation's economy, then it is logical to conclude that you'd rather wait your turn, in the expectation that there would still be something worth taking over in five years time.

If that seems silly, then it's indicative of the foolishness of the current party alignment. Somewhere, in a parallel universe, the Tories lost the general election badly and Bill Cash is currently the front-runner to become Conservative leader. He's a man of principle, not afraid to speak his mind, offers hope for the future, at least you know what he believes in etc etc. And Ken Clarke and Michael Heseltine are issuing statements that he'd rather see a pro-EU Labour government than for their own party to win under Cash.

Since her abrupt arrival on centre stage, Kendall has been profiled often enough in the papers for us to learn that she went to school with Geri Halliwell, that she's a fan of Public Enemy, Dr Dre and Eminem, that's she's a keen runner, and that she had a lengthy relationship with the comedian Greg Davies. None of which has done a single thing to project a personality, or to change the public perception of her as something of an enigma: someone who clearly wishes to be the leader, but exhibits no obvious sign of leadership.

In person, it's acknowledged, she is warm and charismatic. (Mind you, that's what they always said about Ed Miliband, as well.) She is also reckoned to be extremely determined, steely and committed, though this hasn't come across at all in the hustings thus far. Presumably, however, it explains why she considered it appropriate to stand for the leadership at all, with only five years in Parliament behind her and no time in government.

In that lack of experience, as in much else, she resembles nothing so much as a Labour version of David Cameron. Both have the same desire to accept aspects of the modern world that don't sit easily with traditionalists in their parties, in her case in relation to the public sector and social security. And perhaps if Kendall were in the same position as Cameron in 2005 - if her party were coming off the back of three election defeats, rather than just the two - she might have been better heard and made more impact.

But that's not where Labour is right now and, though she may well be back, it wouldn't be surprising if she left Parliament altogether. She could probably have far more impact campaigning outside than she would in a shadow cabinet led by Yvette Cooper, and certainly more than she would grimacing on the backbenches behind Jeremy Corbyn.

In 1974 Margaret Stewart wrote a fine book titled Protest or Power? A Study of the Labour Party. In that divide, there is little doubt about which side Kendall stands on. 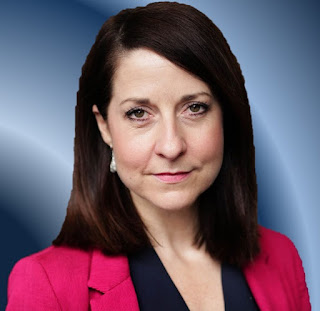 This is the second in a series of profiles of the four candidates in the Labour Party leadership election. Yesterday: Andy Burnham. Tomorrow: Yvette Cooper.
Posted by Alwyn W Turner at 9:35 am