An indie kid: a portrait of Stella Creasy

Born in 1977, the child of a head teacher and an opera singer, Stella Creasy later attributed her youthful interest in politics to the family's move to Colchester when she was fourteen years old. 'It was a big shock for me to move from Manchester, which was very nice, liberal and middle class, to small-town Essex and have people who suddenly didn't agree that we needed to do more to help people and that poverty was a bad thing.'

Thus began her unlikely crusade to convert the Thatcherite working class of the South to the community spirit of the Northern middle class. She joined the Labour Party and while still at Cambridge University (where she studied social and political sciences) stood for election to Colchester council. She failed that time, but went on to be elected as the youngest councillor in Walham Forest. By the age of twenty-five she was deputy mayor of the borough.

She insisted that she was fully committed to fighting for her beliefs in local government: 'If I'm going to make a difference,' she said, 'it will be at the town hall.' But she kept her networking options open, just in case, by working as an adviser in Westminster for Douglas Alexander and Charles Clarke. And in 2009, now with a doctorate in psychology from the London School of Economics, she was selected to inherit the safe parliamentary seat of Walthamstow. She was already being referred to in the press as 'a career politician'.

Duly elected in 2010, she was swiftly identified as being 'tribal, loyal and dogged' and having 'the ambition and the hidden wiring to go far'. Certainly she demonstrated an impressive ability to generate media coverage, helped by her own extensive use of Twitter.

Indeed it was Twitter that brought her to many people's attention. In 2013 she called for the website to take firmer action when users were abused, particularly when women were threatened with sexual violence. This was in response to a sustained assault on a female journalist, but Creasy's intervention ensured that she too was soon receiving tweets threatening her with rape and death. 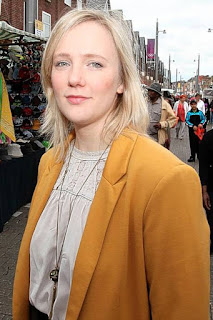 She was seen early on by journalists and broadcasters as a Labour equivalent of Louise Mensch: young, media-friendly and articulate, particularly good when you needed a comment on issues relating to women in public life.

So when David Cameron appropriated the language of a television commercial and told Angela Eagle to 'calm down, dear' in the Commons, Creasy was quick out of the blocks. 'His saying "calm down, dear" is symptomatic of a culture in which the contribution of women isn't valued but dismissed. We'll all be better for it when women don't "calm down" but get stuck in to helping change the world.'

The rent-a-quote image was unfortunate, because Creasy is much better than might be suggested by hackneyed platitudes fed to a grateful media. She's a serious politician, whose thinking and values evoke an old version of Labour - the version that emphasised voluntary societies, cooperatives and workers' education groups, the one that celebrated collective endeavour and mutual help.

Her most impressive contribution as a newly elected MP, for example, was taking an early lead in the campaign to regulate payday loans companies - but she did so by trumpeting the virtues of credit unions as an alternative. She argues more persuasively than most about the need for a democracy of participation.

In what may be the least likely political comparison you'll read this month, she reminds me a little of Frank Field, though obviously without the awkward, austere nature that has made him such a difficult figure. But there is something there of the willingness to find new solutions and of the restless campaigning spirit. 'I absolutely want to change the world,' she said. 'That's why I do politics, that's why I got involved.'

Elsewhere, the newspaper profiles told us, she supports Manchester United, thinks Fifty Shades of Grey was 'boring and repetitive', and has an absurdly exaggerated estimation of the music of the Wedding Present. 'I'm a bit of an indie kid,' she says: 'I get right down in the mosh pit when I go to gigs.'

With only five years in Parliament, and at the age of just thirty-eight, she has far less experience than her rivals for the deputy leadership. Even so, no one was much surprised when she put herself forward as a candidate. It seemed such a natural career move for a politician who The Times described as coming 'from Labour central casting'. 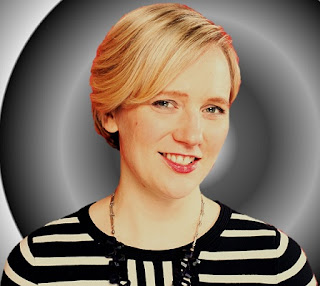 This is the last in a series of posts looking at each of the candidates in the current elections for deputy leader of the Labour Party , with portraits drawn entirely from their media coverage. Tomorrow I shall decide who to vote for.
Posted by Alwyn W Turner at 9:06 am