Where do we stand in the Labour Party deputy leadership election? Having spent some time wandering through the newspapers and around the internet, looking at the careers of the candidates, I now have to decide who to vote for. 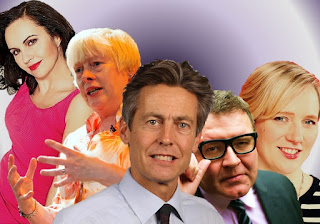 So what can we say about these five? Well, first, that they don't actually make for a bad field, and second, that they do have a great deal in common.

In particular, they're all unashamedly professional politicians, with only Bradshaw's previous incarnation as a radio reporter departing from the normal career path. (And that wasn't straying too far: the separation between media and politics was barely discernible in the 1990s.) Their time in Parliament has mostly been characterised by loyalty, though Watson and Flint did separately resign from government, seemingly in would-be coups aimed against, respectively, Tony Blair and Gordon Brown. And all are, insofar as such distinctions mean anything any more, on what would have been see as the right of the party in the 1980s. At least, though, they were all educated at different universities.

Given that the deputy leadership position is not of the greatest significance - Denis Healey once said it was worth only 'a pitcherful of warm spit' - perhaps one shouldn't spend too long deliberating. Apart from anything else, it's hard to see the final choice really attracting much attention, given the Jeremy Corbyn story that'll be breaking one way or another at the same time.

But still, it does matter. At the very least, it 'sends a signal', as politicians like to say. And in the context of the Corbyn story, the signal might actually mean a little more than usual this time.

A victory for Bradshaw or Flint would indicate that the smooth operators are still with us. And I don't think that's where the Labour Party should be heading. They're the kind of politicians who remind me of a great line in one of Hugh Trevor-Roper's letters: 'In general, actors have no minds, only memories and poses.'

Elsewhere, I struggle to see Watson as anything other than a burly bruiser with authoritarian tendencies. Again, he seems to me to represent a politics that Labour should be leaving behind.

But both Eagle and Creasy are good, strong candidates. Electing either one would send a strong signal that Labour is a serious, radical party.

Judging entirely by media coverage (which is all I have), I'm impressed by Eagle's consistency, commitment and decency. I know she studied PPE at Oxford, and Lord knows we've had more than enough of them in recent times, but sometimes we have to overlook youthful mistakes. More importantly, she's retained an unusual degree of individuality for someone who navigated the New Labour years more or less successfully. Maybe it's the early role models standing her in good stead; when asked her favourite book, she rather splendidly nominated Mae West's autobiography Goodness Had Nothing to Do With It.

It's hard to resist that, and I hope Eagle gets a very senior position in the new shadow cabinet. But as my first choice for deputy leader, I think I've concluded that Stella Creasy is the better option, for the following reason.

One of the great myths peddled by Blair was that the Labour Party could achieve nothing unless it were in government. He was wrong. And since the Labour Party has spent most of its existence in opposition, and there's a good chance that the next decade will add to that record, it's important to recognise that he was wrong.

At its best, the Labour Party has been able to transform people's lives at the grassroots, even when it hasn't occupied Downing Street. It was built on a sense of mutuality and community self-help, the sense that, in Harold Wilson's words: 'The Labour Party is a moral crusade or it is nothing.' Many of the old traditions have died, of course, victims of affluence and neglect. But if the party is to have any hope of rebuilding, it needs to do so from the ground up, rediscovering the fact that power is not the preserve of Westminster.

Creasy seems to me to be the one who sees that most clearly, and has thought most carefully about the future. And, talking of signals, I like the fact that she is one of only twenty-four Labour and Co-operative MPs, having been endorsed by both parties.

She is, of course, absurdly young, and has little experience of life or parliament and none whatsoever of government. But she does at least look as though she's ready for the long haul, and will still be there on the other side. 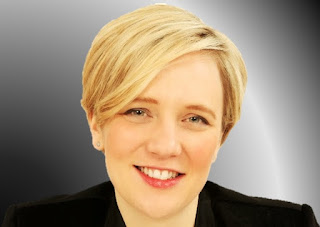 This concludes my look at the deputy leadership candidates. Next week I shall go through the leadership hopefuls to try to work out who to vote for in that election.
Posted by Alwyn W Turner at 10:19 am