In addition to my duties in this House

I shall continue writing this blog, but recently I've also started putting together another site, Lion & Unicorn, to which I would like to draw your attention.

This is still at an early stage, but I have high hopes for the venture. The intention is cover aspects of England and Britain - political, cultural, economic, sporting - in a slightly more reflective manner than the media generally has time to do.

Which doesn't mean that it will avoid the news agenda entirely. So, for example, there are currently to be found several pieces that explore aspects of this season's excitement, Jeremy Corbynmania. Sam Harrison writes about who or what is responsible for Corbynmania, Dan Atkinson examines Corbyn's policy of people's quantitative easing, and I blame Tony Blair for his lack of faith in politics. I also engage in a little light mockery of the whole phenomenon.

As I say, early days yet, and we haven't officially launched the site (whatever we mean by that), but it's starting to come together. Lion & Unicorn - bookmark it, bear it in mind. Now you know where we are, don't be a stranger. 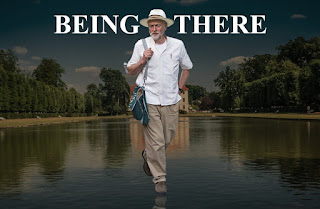