Denis Healey once said of David Owen: 'The good fairies gave the young doctor almost everything: thick dark locks, matinee idol features, a lightning intelligence. Unfortunately the bad fairy also made him a shit.' Much the same could be said of Ben Bradshaw, except for the doctor bit. And, of course, the bit about him being a shit.

Bradshaw was born in London in 1960 and studied German at Sussex University. Following a brief time in print media, he moved into radio broadcasting, where he became the BBC correspondent in Berlin at the end of the 1980s, just as the Wall came tumbling down. He was very good and he was clearly seen as a rising star of Radio 4; by the mid-1990s he had started to get slots as the stand-in presenter on shows like PM and Weekend World.

Seeking a constituency for the forthcoming election, he was adopted by the Exeter Labour Party, despite telling the selection committee that he was gay. This was at a time when attitudes were noticeably changing, but culturally there was still a long way to go before homosexuality was widely accepted. Legally, the situation was worse: civil partnerships, let alone same-sex marriages, were a pipe-dream, and the age of consent for male homosexuals was eighteen.

And politically it was all very risky - both for Bradshaw to tell the local party and for them to choose him anyway. No candidate who had previously declared their homosexuality had ever been elected to Parliament. 'It is not something I am going to make an issue of,' Bradshaw told the press, 'but I am not so naive that I do not think others may do so.'

He was right. The local Conservative Party chairman greeted his selection with a sorrowful shake of the head: 'It would be a sad day for Exeter if it ever elected an active homosexual as its MP.' The Tory candidate, Dr Adrian Rogers, was a Christian GP who had already made his position clear, denouncing homosexuality as 'a sterile, disease-ridden and God-forsaken occupation'.

Bradshaw's sexuality was therefore a big local issue as the election approached. So too was the fact that the BBC gave him five months paid leave from his job on The World at One to campaign, though the criticism this attracted was somewhat derailed by Rogers's comments on the corporation: 'there are far too many homosexuals in the BBC'.

The slightly unpleasant tenor of the campaign meant there was considerable rejoicing when, in the great Labour victory of 1997, Bradshaw recorded a 12.5 per cent swing to take Exeter from the Tories with a substantial 11,000 majority. That margin has since fallen a little, but the city remains a safe Labour seat in a part of the country where the party is not naturally strong.

Bradshaw demonstrated a commitment to gay rights that ran ahead of the party leadership, so that in 2000 - when it seemed as though the government was backing out of its commitment to repeal Section 28 - he spoke out, saying 'that he had never seen so much anger in the Parliamentary Labour Party'. He might even have been ahead of the curve in other areas as well: 'Cyclists have a right to be pious,' he declared, somewhat piously. 'They cut congestion, cut pollution and cut costs to the NHS by staying fit.'

There were also less obvious positions, such as the issue of repatriation of art treasures. When Labour MP Bernie Grant asked Exeter's museum to return objects that came originally from the African kingdom of Benin (now in Nigeria), Bradshaw was forthright in his response: 'We are not going to send these treasures back - particularly not to a country governed by such an odious dictatorship as Nigeria. Their human rights record is appalling.'

Mostly, though, he became known in Parliament for not rocking the boat. He was allegedly referred to by Alastair Campbell as 'Little Goody Two-Shoes', while the Guardian called him a 'Hugh Grant lookalike turned ultra-loyal Blairite'. He had, wrote Edward Pearce in the Express, 'the distinct look of a teenage seraph on the make'. 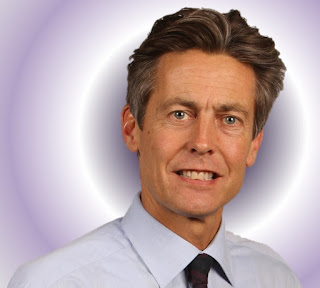 In July 2001, following Tony Blair's second victory, Bradshaw was given a ministerial job in the Foreign Office, again raising some eyebrows, since he would be dealing with the Middle East, not a region noted for its enthusiastic embrace of homosexuality. In fact, though, the most contentious issue turned out to be his robust defence in 2002 of the Guantanamo Bay detention camp, insisting that conditions there were perfectly humane, and saying of the suspects who were being detained without trial: 'we are talking about some of the most dangerous men in the world'.

He was similarly bullish the following year when he joined the government's assault on his old employers at BBC Radio 4. The station had covered Dr David Kelly's revelations about the abuse of intelligence reports in the run-up to the invasion of Iraq, and had brought the wrath of the government down upon its head. Bradshaw was a minor, though notable, player in the campaign to re-position the story, making it about insignificant detail rather than the broad picture.

He went on to become deputy leader of the House of Commons, and then minister for, successively, the environment, the South-West and health, before ending up as secretary of state for culture, media and sport for the final year of Gordon Brown's premiership.

On taking up the latter position, he was asked to list his favourite cultural works. He selected Casablanca (for some reason it's the most cliched film choice for a politician), Bob Marley's Kaya (that's the non-political one), Michelangelo's David and Thomas Hardy's Tess of the d'Urbevilles (well, it was the Western Morning News who were asking).

During his time in government, there were some difficult issues to be faced: Britain's involvement in the arms trade, the badger cull, bird flu, the BBC licence fee, the fact that Jeremy Hunt, as the Tory shadow culture spokesperson, got a better press than he did. There were also some odd moments of his own making, such as the time when, during a shortage of NHS dentists, he suggested going to see your GP about your teeth instead.

But none of this seemed to cause him any great harm or even discomfort. Indeed, nothing ever seems to do so.

His public persona is one of apparently relentless good humour and absurd optimism, a determination to accentuate the positive that sometimes veers towards Pollyanna-ism. He even found a silver lining to the credit crunch; he wasn't arguing, he said, 'that a recession is good for people's health, but on issues like mental health, more men go and see their GPs if they are unemployed'.

Similarly, when Labour lost the safe of Norwich North in a 2009 by-election on a 16.5 per cent swing to the Tories, Bradshaw admitted that it was 'disappointing', but also 'said that the result did not appear to be as disastrous as Labour's loss of Crewe & Nantwich to the Tories and Glasgow East to the SNP last year'. (Just for the record: Labour did manage to regain Glasgow East in 2010, but has since lost it again, while the others have remained Tory through two subsequent elections.)

It's hard sometimes to identify quite what it is that Bradshaw stands for or what he has done, and equally hard to see that his career has been better spent in Parliament than it would have been on Radio 4. But he always seems very personable and, in some undefined way, quite important.

In 2000 the Independent on Sunday launched its Pink List, listing alphabetically the fifty most influential gay and lesbian people in Britain, and Bradshaw was included (as was his deputy leadership rival Angela Eagle). In later years, the names were ranked in order of significance, so that we could track his rising significance: in 2005 he stood at #69, moving up every year till he hit the top ten in 2009, the same year he was named Stonewall Politician of the Year. But political fortunes are never secure, and after Labour lost power he found himself plunging down to a lowly #82 in 2011.

Perhaps the highest accolade of his career thus far, however, came earlier this year, when this blog suggested he should go for the leadership of the Labour Party. The reasoning was simple: 'he's by far the best dressed MP of any party.' 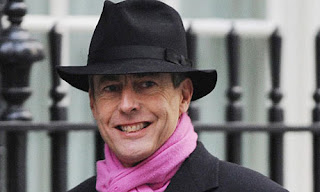 This is the fourth of a series of posts in which - unless I fall by the wayside - I shall be looking at each of the candidates in the current Labour Party elections for leader and deputy leader, with portraits drawn entirely from their media coverage. Tomorrow: Stella Creasy.
Posted by Alwyn W Turner at 8:40 am