Labour leadership and the Magna Carta

The Labour government of Tony Blair and Gordon Brown was not noted for its liberal tendencies. During Blair's premiership, this was symbolised by the attempt in 2006 to allow the state to detain 'terror suspects' for up to ninety days without charge. Just like in apartheid South Africa.

That attempt failed, but two years later - with Brown now prime minister - a new Counter-Terrorism Act plucked another figure out of the air, and sought to increase the maximum period of detention without charge from twenty-eight to forty-two days.

Thirty-six Labour MPs rebelled against this in a Commons vote, but it sneaked through when the Democratic Unionist Party ('the political wing of the 17th century, according to Owen Jones) was bribed by the Labour government to support the measure. It was not until the House of Lords voted against that the government dropped the proposal.

This occurs to me today for two reasons. One is that it's the 800th anniversary of the signing of the Magna Carta, which brings to mind Tony Benn's response to that Commons vote: 'I never thought I would be in the House of Commons on the day the Magna Carta was repealed.'

And the other reason is that today is the day that nominations close for the leadership of the Labour Party. Andy Burnham, Yvette Cooper and Liz Kendall already have enough to ensure that their names go on the ballot paper; at the time of writing, the support for Jeremy Corbyn's campaign is unsure.

Kendall was not a member of parliament in 2008, so didn't have a chance to express her opinion, but no one will be surprised that Burnham and Cooper happily trotted through the lobbies to support the forty-two days rule - this simply wasn't something worth risking their political careers on. Corbyn, equally unsurprising, was one of the rebels. 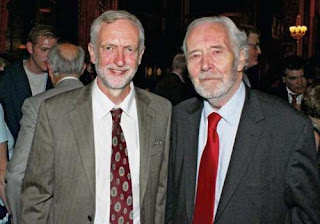