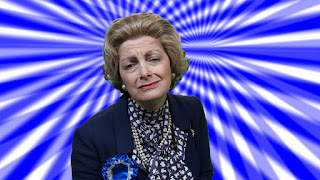 I shall be appearing as part of a day of events at the Grundy Gallery in Blackpool on Saturday 4 July. It's tied in to The Unspeakable Freedom Device, described by its creator, Jennet Thomas, as 'an experimental narrative film and multimedia sculptural installation'.

Also appearing on the day are Esther Leslie, Sally O'Reilly, Jennifer Thatcher and Martin Rowson. The work of the latter, of course, can be found not only in the Guardian, but also on some fine book jackets, such as this one: 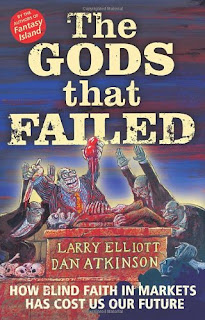 Further information on the event can be found here.
Posted by Alwyn W Turner at 9:33 am