Aren't you the famous Giles Fraser? 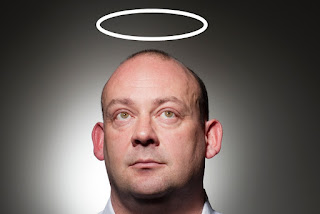 One of the problems with having newspapers like the Mail, the Guardian and the Telegraph online is that one finds oneself reading pieces that one would be so much better off ignoring. The work, for example, of Giles Fraser.

This week, Fraser contributed to the Guardian an article hinged on a book by Linda Dorigo and Andrea Milluzzi titled Rifugio: Christians of the Middle East. According to the blurb on the book jacket, the authors 'travelled through Iran, Lebanon, Egypt, Israel, the West Bank, the Gaza Strip, Jordan, Turkey and Syria'.

It covers, then, a huge amount of physical and cultural ground, but I'm not sure this is the impression you'd get from Fraser's piece.

He spends the first 250 of his 600 words on the plight of Palestinian Christians, struggling because 'The Israeli occupation has left them little prospects [sic] in their home town'. He moves on to discuss how 'the US invasion was a disaster for indigenous Christians' in Iraq. Then, and only then, towards the end of his piece, does he spare a couple of sentences to note that the oppression of Christians is nothing new: 'to be fair,' he concedes, 'it long pre-dates the US invasion.'

There is a desperately important story here that attracts far too little attention in the British media. Of all the global issues that might be of concern to Western churches, it should - one would think - be pretty high up the list.

But Fraser simply can't help himself. He can't stop his second-hand, third-rate political agenda, his hatred of Israel and America,  from overwhelming all other considerations. Consequently, there's a condemnation of Islamic State but not of any current Islamic state. The closest we get is a reference to the near extinction of Armenian Christians as a result of Ottoman persecution a century ago.

The book itself, on the other hand, looks like a fine collection of images, and I should - however grudgingly - record my gratitude to Fraser for bringing it to my attention. 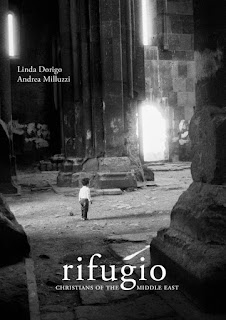