The priest and the pronoun

Like everyone who reads the Guardian website, I try to avoid the writings of certain contributors, safe in the knowledge that they're just trying to annoy me. In my case it's primarily Jonathan Jones and Giles Fraser. And then last night - for reasons I can't fathom - I found I'd clicked on a piece by Fraser for the first time in months.

He hasn't got any better in the interim. He still annoys me. And he still specialises in the kind of hand-wringing smugness that helped to drive the congregations out of the Church of England.

Writing on Friday, in the immediate aftermath of the election, he says he's 'ashamed to be English', to be living in a country 'that has clearly identified itself as insular, self-absorbed and apparently caring so little for the most vulnerable people among us'. And he wonders: 'Did we just vote for our own narrow concerns and sod the rest?'

Obviously no one's fooled for a second by that 'we'. This is no mea culpa. Readers are expected to understand that the fault lies with others; Fraser, and all decent-minded folk, are motivated solely by concern for 'the most vulnerable people' in our society.

This is part of an all-too-common narrative that anyone who didn't vote for an approved 'progressive' party was merely 'tick[ing] the box of our own self-interest'. (Again, that fraudulent first-person pronoun.) Apparently 'we' sold out the poor on the promise of a mess of pottage some way down the road.

By the same token, I suppose, one could argue that those in receipt of benefits, or those employed by the state, might have voted Labour in the expectation that their income would thus be better protected. They were sufficiently selfish that they demanded others pay higher taxes on their behalf.

Both positions are nonsense, of course. When casting a vote, most people (I believe) find that self-interest co-exists with other considerations, including an assessment of which of the limited alternatives on offer might be in the national interest.

And last week around half of those who voted in the United Kingdom opted for the Conservative Party or for Ukip, parties with whom Fraser has little sympathy, and of which he has little understanding.

One would have to be very arrogant indeed to conclude that - unlike oneself - those voters don't care about anyone else. It may well be that they believe 'the most vulnerable' can be better helped in a wealthy country than in a poor one, and therefore opted against parties who they felt would harm the economy. Even if you think their judgement is wrong, that doesn't mean it was made in bad faith. 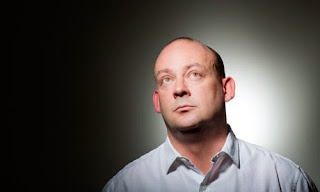 Why am I bothering with Fraser, the kind of Christian who believes that the existence of charity is an indictment of society?

Well, because I've had a couple of people tell me that my post-election pieces on this blog are unnecessarily harsh on Labour and the Greens, and unreasonably positive about the Conservatives and Ukip. Which may be true but, unlike Fraser, I'm not interested in seeking comfort by denouncing all those who stray beyond the 'progressive' pale.

The truth is that the Left lost very badly last week, and the Right won. Even if you put together the Labour and the SNP votes, they still didn't reach the total cast for the Conservatives. That needs examining and, if possible, explaining. And in pursuit of that, one should strive for objectivity, rather than settle for accusations.

To misquote Karl Marx: Some historians have tried to change the world in various ways; the point is to understand it.
Posted by Alwyn W Turner at 7:56 am