Those we have loved: Labour leavers

It's at this stage of a election campaign that my thoughts turn to the dear departed. There are two categories of MPs who don't return to the Commons after a general election: those who have decided to step down, and those who've been kicked out on their ear by the electorate.

We'll have to wait to see who falls into the latter category, but looking through the list of the voluntary redundancies, it is striking how many big (or biggish) names are leaving from the Parliamentary Labour Party.

At the top of the list is obviously Gordon Brown, accompanied by a clutch of former cabinet ministers: David Blunkett, Alistair Darling, Jack Straw, Tessa Jowell, Hazel Blears, Frank Dobson and Peter Hain. (The latter was the man on whom I once placed a bet that he would become Labour leader.)

Then there some less elevated but still significant figures - Glenda Jackson (my original choice for London mayor), 'Red' Dawn Primarolo, Nick Raynsford, Joan Ruddock and my own favourite Austin Mitchell, whose book Four Years in the Death of the Labour Party is still the best account of the 1983 election campaign.

This is a hell of a lot of experience that's being lost, particularly in the event that Labour form the next government. Not that any of these would have served in such an administration, but it doesn't do any harm to have some people in the vicinity who've knocked around a bit. And, more widely, there's a loss to the Commons more generally.

That's in the world of politics, of course. Outside, the truth is that hardly anyone has noticed any of this lot, as a 2013 episode of Pointless made clear; asked to name cabinet ministers who served under Tony Blair or Gordon Brown, only seven in a hundred people named Straw, seven Darling and four Blunkett.

But mostly I wanted to take this opportunity to note the passing of Shaun Woodward, sometime secretary of state for Northern Ireland and one of the oddities of modern politics.

He was the Conservative Party's director of communications during the shock election victory of 1992, and was briefly a Tory MP for Witney, though he was sacked from the frontbench for supporting the repeal of Section 28. He then re-emerged as a Labour MP for the safe seat of St Helens South, despite attracting much mockery when the story got out that he retained the services of a butler.

His successor as MP for Witney was David Cameron who paid tribute to his predecessor in his maiden speech in 2001. 'He remains a constituent and a most significant local employer, not least in the area of domestic service,' Cameron said on that occasion. 'We are in fact quite close neighbours and on a clear day, from the hill behind my cottage, I can almost see some of the glittering spires of his great house.'

I think this makes Woodward the only Labour MP to be derided by Cameron for being too posh. We may not see his like again. 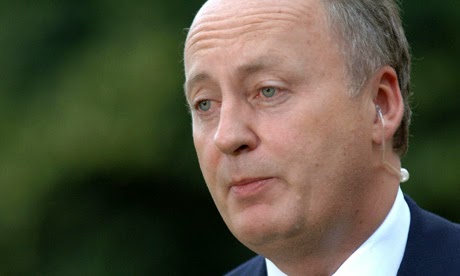