Careful with that axe, Kenneth

I think I may have found the first public appearance of a British politician bearing a guitar. This is a notice from the Manchester Guardian in May 1956:


A new era in British politics has arrived. The Labour Party, reading the portents of thin election meetings and fat queues at the music hall, has taken to the guitar. Last night Mr Kenneth Younger, a former minister of state, sweetened his party's political broadcast on the eve of the municipal elections with a parody of 'Oh dear, what can the matter be?' sung in a pleasant tenor voice and accompanied by himself on a guitar.

It is apparent that Labour, whose broadcasts in previous elections were accused of having lost the Battle of Slickness to the Conservatives, has decided to temper the earnestness of politics with the juke box.

Although I've never seen this broadcast, it all sounds quite harmless, even endearing. Until you realise that venturing onto this slippery slope would one day plunge us into the world of the (self-proclaimed) first rock 'n' roll prime minister... 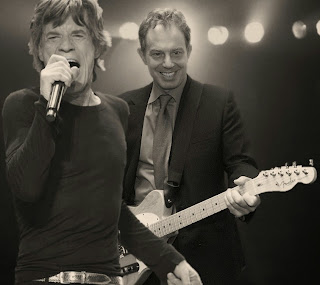