Those we have loved: Tory leavers

Looking through the list of Conservative MPs who are leaving Parliament voluntarily at this election, there are few really big names, but a fair number of second-rankers, people who seem to have been around for a very long time without quite impinging on public consciousness.

Top of the list are the former leader William Hague and Malcolm Rifkind, who was once talked of a possible leader. Indeed, had he not been out of Parliament between 1997 and 2005, he might well have succeeded Hague.

In Rifkind's case, of course, he's not really leaving voluntarily; his starring role in a recent Channel 4 sting operation pretty much forced his hand. It's all a bit ignominious for a man who, in the governments of Margaret Thatcher and John Major, was secretary of state successively for Scotland, transport and defence, before ending up as foreign secretary. 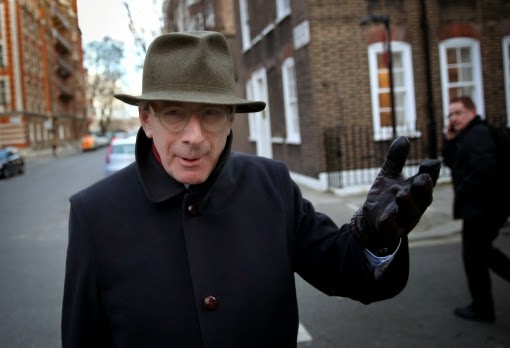 'You know that life has changed,' he reflected, in the wake of losing cabinet office, 'when you climb into the back of a car and it doesn't go anywhere.'

Also being pushed out is Andrew Lansley. For five years he was shadow health secretary, busily devising a set of reforms that he then implemented when he got the real job. At which point everyone threw their hands up in horror and disbelief, and he was promptly sacked. Presumably he'll now go on to make vast sums of money.

Less controversial are the trio of Stephen Dorrell, David Willetts and Francis Maude, who have between them, spent 86 years in the Commons. They're the kind of MPs who all served in government, but were more likely to appear on Any Questions than on Question Time; their names sound vaguely familiar to voters without conjuring up any definite image.

Dorrell was once culture minister, in which capacity he won over the Cannes Film Festival with his tribute to that 'distinguished Frenchman' Jeanne Moreau. His finest moment, though, came in the 1997 election campaign when he broke with party policy on the single currency, and later had to apologise. 'My thought process was blurred at that precise moment,' he explained. 'I had the government line. The truth is I couldn't remember precisely at the right moment precisely what the formula was.'

Willetts was nicknamed 'Two Brains' in tribute to his alleged intellectual powers, though I preferred to think of him as 'Two Puffs', following his comments in 2000: 'I was once offered cannabis at university,' he revealed. 'I had two puffs. I didn't like it and I have never had any experience of drugs since.'

And Maude was one of those Tories who lost his seat in the 1992 election. He subsequently came back, but few noticed. 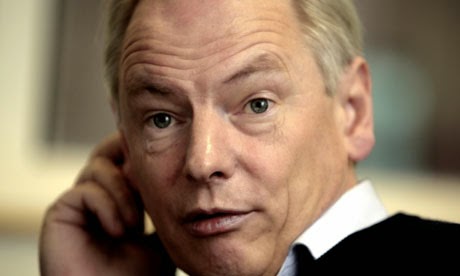 'I am famous for being a nonentity,' he once said. 'I didn't come into politics to be on the cover of Hello!' And indeed he hasn't been. So that's worked out just fine.

Then there's George Young, who spent over forty years as an MP, including stints as leader of the house and government chief whip. Despite which, he's best known for appearing on a British Rail poster alongside Jimmy Savile, and for his description of the homeless as: 'The sort of people you step on when you come out of the opera.'

But forget all of them. Instead let's celebrate Peter Tapsell, first elected in 1959 and now retiring after more than fifty years in the Commons. During that time he has made no impact on the public whatsoever, which is a shame, because he's had his moments.

When Michael Heseltine challenged Margaret Thatcher for the Tory leadership, Tapsell's was one of the two names on the nomination paper. He identified early on the arrogant folly of Blair's wars, describing the bombing of Serbia in 1999 as 'historically ignorant, politically inept and internationally illegal'. And in 2005, a full ten years ago, he came clean on his performance as an MP: 'I'm so old I hardly know what I'm doing anyway.' 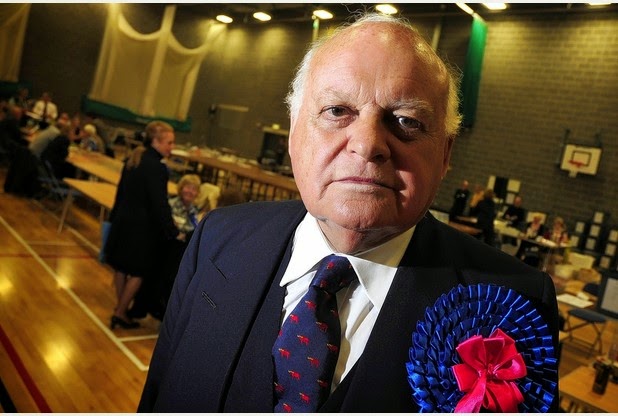 The normal thing with departing MPs is to recall Enoch Powell's dictum that all political careers end in failure. But that assessment presupposes that there was anything but failure in the first place. More appropriate might be Rupert Murdoch's comment on Stephen Dorrell in 1995: 'Who's he?'
Posted by Alwyn W Turner at 8:32 am