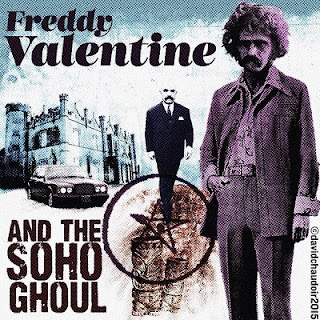 I'd hope that this is the start of a continuing series (in whatever format) featuring the characters, but in the meantime, Freddy Valentine and the Soho Ghoul is available here.
Posted by Alwyn W Turner at 8:00 pm